You’re one pot and 30 minutes away from an easy and delicious soup. Smoky fire roasted tomatoes, creamy cannellini beans, lacinato kale, and fresh leek come together to make a comforting plant-based meal. 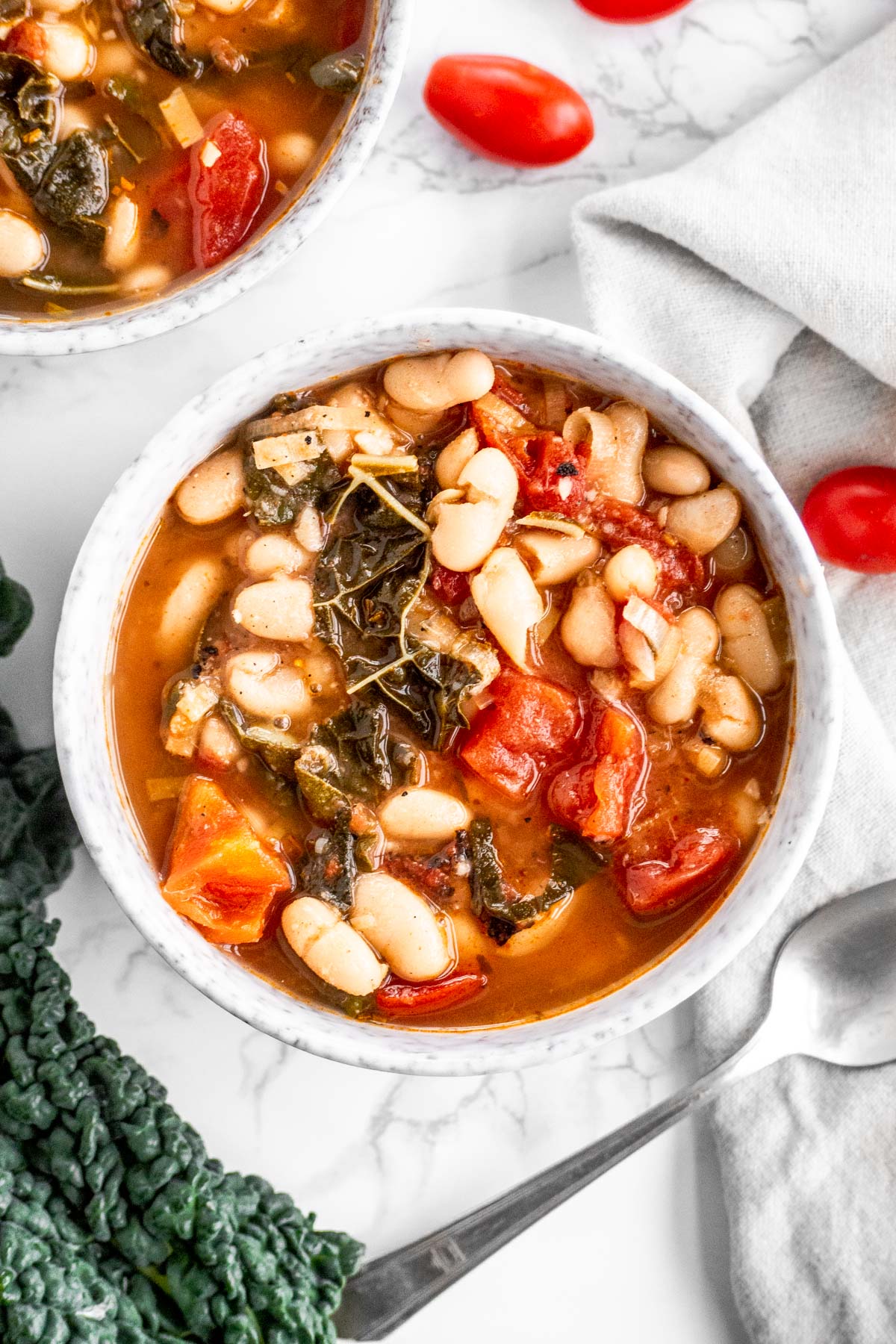 Here are a couple optional add-ins that can be included when you make the recipe.

Mushrooms: I didn’t add mushrooms in the recipe because I know they can be controversial. But if you’re a mushroom fan (I sure am), toss in some sliced mushrooms when you’re cooking the leeks—they make a tasty addition!

Pasta: Sometimes I like to serve this soup with pasta in it. Orzo or macaroni are great options because they’re a good size for soup, but any smaller “spoonable” pasta shape would be great. However, this addition will take your soup from a one-pot to a two-pot meal. That’s because you’ll need to cook the pasta in a separate pot to prevent the soup from getting too thick and goopy. Instead cook the pasta al dente in a separate pot, drain it, and then add it to the soup. Because we’re only two people, I also usually cook only the amount of pasta that we’ll eat that day. If there’s leftover soup I don’t leave pasta in it to get soggy, instead I cook another batch of pasta when we eat the leftover soup.

Not into pasta? Serve it with some freshly baked rosemary and garlic beer bread! It’s super easy.

Do I need to use fire roasted tomatoes?

YES! I mean, technically, no. You could use a regular crushed tomato, but you’re going to be missing out on the awesome flavour that comes with fire roasted tomatoes. I would highly recommend trying it out with the fire roasted variety.

What can I use instead of leek?

You’ll get a slightly different flavour, but you can use most other alliums (the onion plant family). I’ve used regular cooking onions and shallots with delicious results. 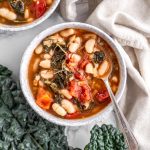 You’re one pot and 30 minutes away from an easy and delicious vegan soup!

*You may want to consider either using a low sodium broth or subbing some of the broth for water if your canned tomatoes and/or beans have added salt. Better to have an under-salted soup that you can adjust to your taste than too much salt!

If you make this tomato white bean kale soup, be sure to tag me on Instagram and leave a review below! 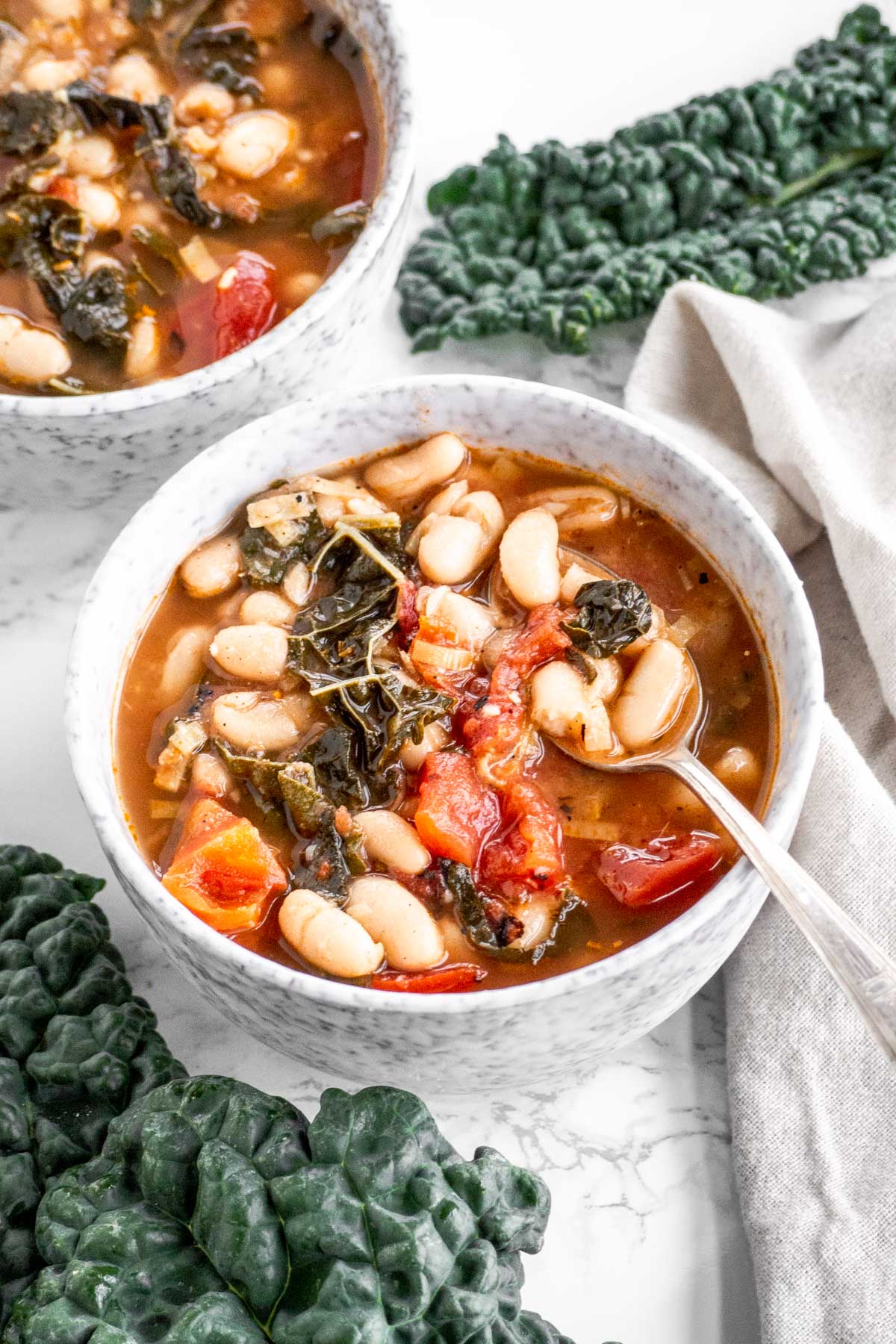 for your weekly recipe fix.

I'm Fiona :) I create tasty plant-based recipes for all eaters! Plantily recipes focus on wholesome ingredients and lots of veggies, with the odd indulgence. Tell me more →

get delicious plant-based recipes delivered to your inbox!